FoxFire Salon and Spa opened its doors in Tacoma in 1984. Today it remains one of the premier salons in the area with locations in the Proctor District and Fircrest.

All of our stylists, colorists and beauty professionals are highly trained in Aveda concepts and techniques bringing you beautiful hair every time. Aveda services come with outstanding guest service and added pampering, going above and beyond your typical salon experience.

Our two locations conveniently serve Tacoma, Fircrest, University Place, Lakewood and Gig Harbor. Our Proctor location is an urban salon in the heart of this trendy shopping and dining district. Our beautiful Fircrest Salon is a lovely place to retreat and relax.

The dedicated hair stylists, colorists, manicurists and skin care professionals of FoxFire Salon and Spa are committed to continuing education and providing a superior guest experience.

FoxFire is the best hair salon I’ve been to. Sarah does an amazing job not only styling your hair but making you feel welcome and comfortable. If I could give them 10 stars, I would. Must visit. 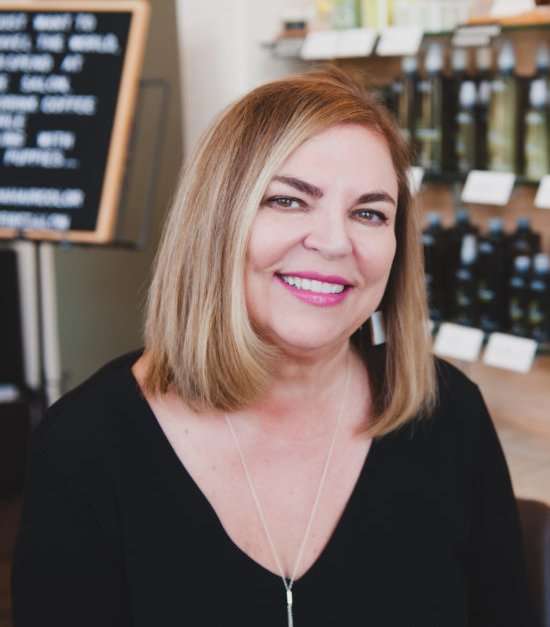 Tenacity and perseverance are two traits that have helped FoxFire Salon and Spa reach an impressive milestone—35 years in business. “It was never my intention to be a business owner,” said Karin Walker, founder and owner. “I just wanted to work with my friends doing great hair and having fun in a really nice environment.”

“I was 26 years old and needed $25,000 for the build-out of my first location,” Walker recalled. “I kept getting turned down because the bankers didn’t think I knew what I was doing, and they were right!” Young and fearless, the aspiring salon owner kept applying. Eventually she found the right lender, who by happenstance was also her client. Walker’s parents offered their home as collateral.

The founder’s vision of a high-end salon was the catalyst for FoxFire. The business opened on Feb. 14, 1984, in leased space at the intersection of Center and Orchard Streets in Tacoma. Walker credits her six original employees with playing a huge role in the salon’s overall success. Two still work with her in a staff that now numbers close to 30.

Though Walker describes her start as unintentional, she has kept a keen eye to the future. In 2001 she moved the business to its Fircrest location. She built this salon from the ground up. In 2009 she heard a rumor that a prime location in the Proctor District might soon be available. She contacted the building owner to say she was interested. Just a few months later, she opened this second location.

“It’s been quite the journey, but I’ve enjoyed it,” said Walker. “I’m a people person and have enjoyed working with my team.” She is also proud of the many awards the salons have earned over the years. Most memorable was being recognized in 2013 by Salon Today, the top business publication for owners of salons and spas. FoxFire made its list of the top 200 salons in the country.

Thank you Showcase Magazine for allowing us to reprint this article.

I just got done with an appointment with Amy! She was so nice and my hair looks amazing. Great scalp massage. Good conversation and intuitive. I will be back!!

Had my first cut and color here, and it was fantastic. I’m new to the area and found them online, which can be scary! However, it was even better than it looked online. Booking an appointment was simple, and Hannah did an outstanding job and I will definitely book with her going forward. The salon environment is upscale and comfortable. The location can’t be beat.